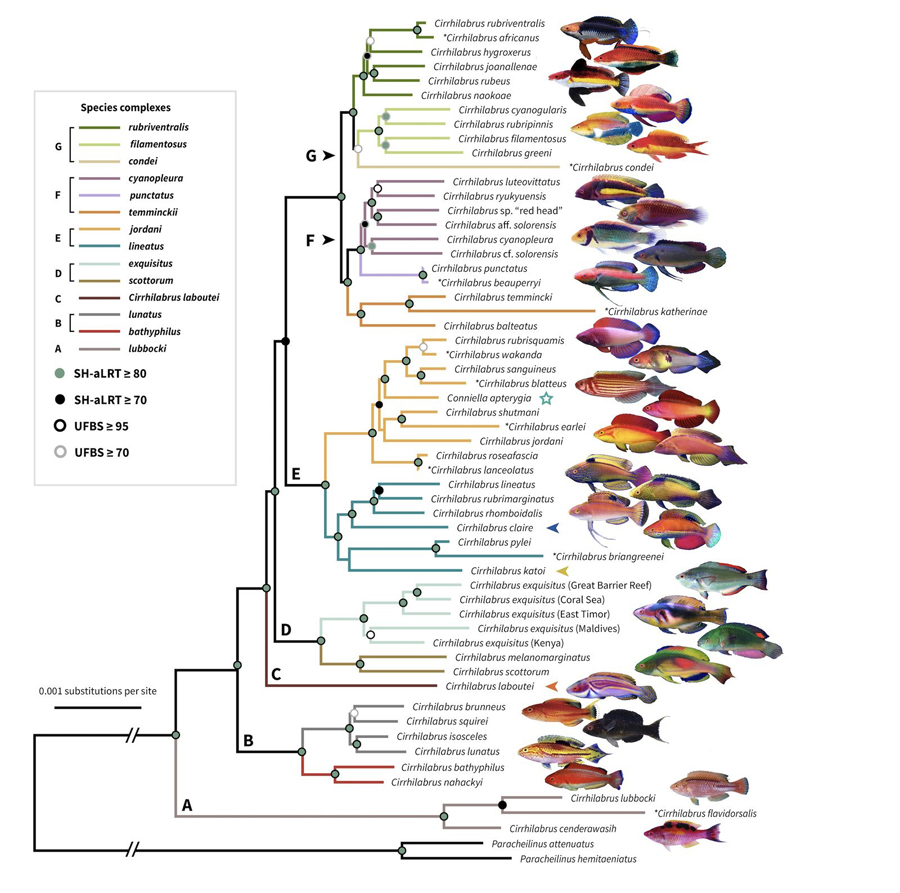 With their exuberant colours, fiery personalities and captivating courtshipdisplays, the fairy wrasses are one of the most beloved coral reef fish.Despite this, the evolutionary history of its genus was not well understood –until now.

Lead author, ichthyologist and PhD candidate at the University of Sydney, MrYi-Kai (Kai) Tea, says that the fish’s divergence occurred rapidly and over ashort amount of time.

“Although the fairy wrasses split from their most common ancestor some 12million years ago, it was only within the last 2–5 million years ago that muchof their divergences took place, in the Pliocene/Pleistocene epoch,” said MrTea, a researcher in the School of Life and Environmental Sciences.

“They developed distinct colours and forms in a sort of evolutionary armsrace, putting on dazzling displays in an effort to court females and chase offrival males. Also, sea level changes caused groups to become isolated, andtherefore evolve separately. The repeated rise and fall of sea levels actedlike a ‘species pump’, propelling fish into the Indian Ocean and even as faras the Red Sea. Most of this movement, however, occurred in the Pacific Ocean,in particular, around the Indo-Australian Archipelago.”

Mr Tea completed the work under the supervision of Professors of MolecularEvolution, Simon Ho and Nathan Lo.

Despite the vast variation in colour and form, many species of fairy wrasseshave highly conserved , or similar, regions of their genome. This poses achallenge in trying to reconstruct their evolutionary history.

The current study used an approach that had not been previously attempted onfairy wrasses: by combining genome-wide ultra-conserved elements withmitochondrial DNA, the researchers reconstructed a robust evolutionary tree.Using that, they began to tease apart the reason behind the fish’sdiversification. 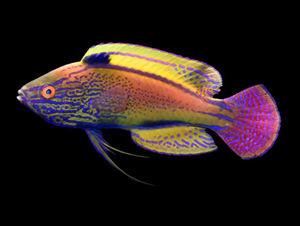 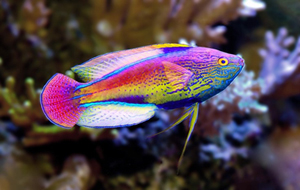 Do a little dance, make a little love

In addition to sea level fluctuations, male fairy wrasses (as with manyanimals, the more colourful sex) developed their bright colours and individualforms to court females.

“They do a little dance, and they are capable of changing colours, sometimestemporarily flashing bright, iridescent colours. They also do this to ward offrival males,” said Mr Tea. “In a reef where multiple species often occur,there is increased pressure for males to attract not only a female’sattention, but also the female of the correct species.”

“We have only just begun scratching the surface of this exciting group, andmore work still needs to be done in order to fully understand the drivers ofspecies diversification,” he continued.

That work, and the present study, might be germane to reef conservation andmanagement, too. For example, the finless ‘mutant wrasse’, an Australianendemic species restricted to a narrow distribution of reefs in far northwestWestern Australia, is listed as vulnerable on the International Union forConservation of Nature Red List of threatened species. The species has beenplaced in its own genus, with a single species. However, Mr Tea’s study findsstrong evidence that this species is simply a derived fairy wrasse, and thatits loss of fins likely resulted from it being ‘bottlenecked’ in a narrowarea. 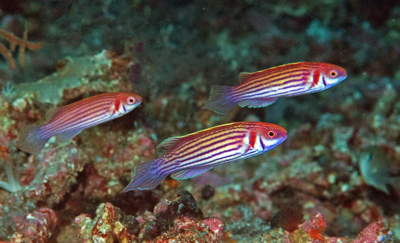 The highly unusual Conniella apterygia is remarkable in lacking pelvic fins.This peculiar quality has earned it its common name, the Mutant Wrasse. Ourstudy finds strong evidence that Conniella apterygia is however, a derivedfairy wrasse, and that its loss of fins likely had something to do withpopulation bottlenecking as a result of its narrow distribution. Conniella ispresently known only from a few reefs off the northwestern coast of WesternAustralia. Image: Gerry Allen.

Next PIJAC USA advice on invasive species threat in the US