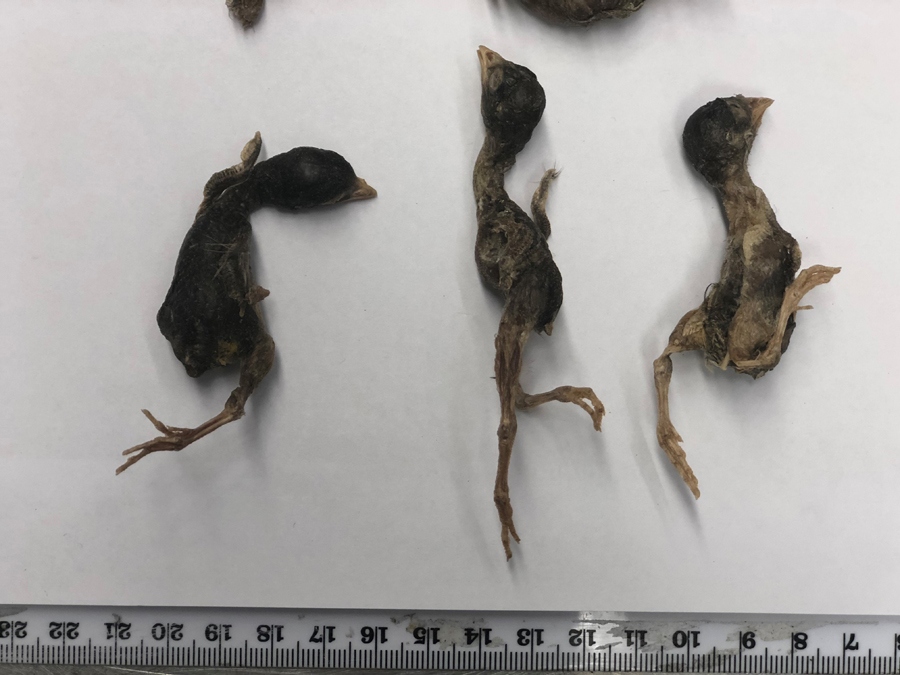 Head of Biosecurity, Lyn O’Connell, said the items could have exposedAustralia to the risks of avian influenza, a serious biosecurity threat to ouranimal health industries.

“The presence of dead birds is particularly troubling due to the threat ofavian influenza, a virus we’ve worked hard to keep out of Australia.

“If a highly pathogenic avian influenza outbreak were to occur in Australia,it would have devastating effects on our poultry meat and egg industries,which contribute enormously to our economy.

“The pet supplements contained goat’s milk, a possible carrier of FMD. FMD isrecognised as being one of the world’s most serious livestock diseases.

“Recent testing of animal products confiscated at our borders have returnedpositive results for FMD, demonstrating the importance of keeping theseprohibited items out of Australia.

“There is no excuse for risking Australia’s agriculture industries and thelivelihoods of thousands. If you have biosecurity risk items, just declarethem.”

The undeclared food items were destroyed and the passenger was issued aninfringement notice.

For more information on items that should not be brought to Australia, visitTravelling or sending goods to Australia.

Previous The anti-vaccine movement has spread, and now pets are the ones goingunprotected

Next Thousands want breed of ‘hero’ dog in al-Baghdadi raid, but expert saysthey’re ‘too much for most people