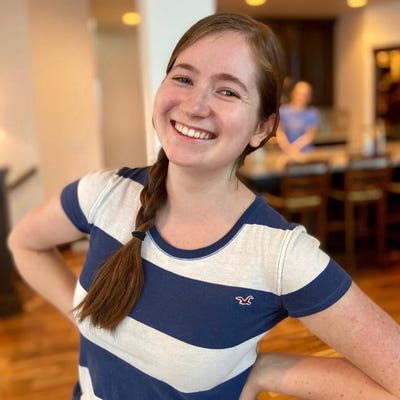 Wild bunnies in the Americas have the same long ears and fluffy tails as petrabbits, but the two types of rabbits are not closely related.

Although different species of rabbits and hares are plentiful throughout theworld, the background of domesticated rabbits is less diverse. Nearly allrabbits kept as pets or bred for fur are the descendants of European rabbits.

“Every single rabbit you see that is domesticated, including your fluffy pet…are all of the European species,” said Nawa Sugiyama, an anthropologist at UCRiverside.

A new article published in Animal Frontiers suggests that rabbits were keptin captivity for food in the Americas, but were never fully domesticated. Thismay be because most American rabbits are solitary animals, and therefore lesssuitable for domestication than their more social European counterparts,according to the paper.

Sugiyama, who is an author on the paper, has spent many years researchinganimal use in the ancient city of Teotihuacán, which is located in present-dayMexico. This includes looking at the stomach contents of animals used insacrificial rituals including eagles, pumas and jaguars. She noticed that manyof these predators had been fed rabbits before they died. Archaeologists havealso uncovered a number of rabbit remains at an apartment complex inTeotihuacán, where it has been speculated that rabbits were being kept forfood.

The presence of these rabbits sparked new questions for Sugiyama. She wantedto know whether residents of Teotihuacán were keeping rabbits in captivity,and if so, why those rabbit species are no longer domesticated today.

Sugiyama worked with first author Andrew Somerville, an archeologist at IowaState University, to analyze stable carbon isotopes in the bones of hundredsof rabbits found at Teotihuacán.

“Animal bones are basically made of the food they eat,” explained Somerville.

Corn, a common food source for people living in Teotihuacán, is chemicallydistinct from other plants since it uses a different photosynthetic pathway,explained Somerville. This means that scientists can look at the isotopes inrabbit bones and determine whether they come from corn, which suggests humanswere feeding the animals, or wild forbs and shrubs.

The bones of rabbits that were in Teotihuacánian from 350-550 AD indicatedthat they were being fed corn, and thus likely kept by humans in captivity.Rabbit bones from 550-1100 AD had lower stable carbon isotope values,indicating less corn in their diet, said Somerville. That species of rabbit isnot domesticated today.

Somerville and Sugiyama argue that American rabbits never reached fulldomestication because they are not social animals, which makes them harder todomesticate. The European rabbit lives in groups in the wild. The easterncottontail, the most common rabbit in the Americas, is a solitary animal. Bothmales and females live most of their lives alone. This makes the rabbits moredifficult to tame or breed.

Somerville said it is important that people keeping rabbits as pets or usingthem in labs remember that they are social creatures. If they aren’t kept withother rabbits, their mental and physical health could suffer.

Emily Jones, an anthropologist at the University of New Mexico who studieshuman-animal interactions, said she frequently gets questions about whycottontails weren’t domesticated from both archaeologists and the public. Shesaid it is good to see someone tackling the topic.

“Somerville and Sugiyama do a great job here of pulling together some of thediverse literature that explores the evolutionary and behavioral differencesbetween these two taxa – and provides a much-needed resource for non-expertswho are curious about why the human-cottontail and human-European rabbitrelationships developed quite so differently,” she said.

But Leif Andersson, an animal geneticist at Uppsala University who hasconducted research on rabbit domestication, was not convinced by the notionthat sociability explains the domestication differences. He said Europeanrabbits were likely quite difficult to domesticate too because they havestrong flight response, which makes them hard to keep in cages.

The difference across continents might simply be a product of chance, he said.

“I think it is impossible to tell if the difference in social behavior canexplain why European rabbits were domesticated while North-American rabbitswere not,” he said. “It may just be due to chance that human-rabbitinteraction led to domestication in Europe, maybe because of a high dedicationfrom a group of humans or a group of rabbits with a favorable geneticconstitution that facilitated domestication.”

Melinda Zeder, an archaeologist with the National Museum of Natural History atthe Smithsonian Institution who studies animal domestication, said the newstudy is “great” and makes compelling arguments about the behavioraldifferences between the rabbits impacting domestication.

“We are reliant on a small number of domesticated species,” she said. “It isvery dangerous to rely on this handful of species for all our food andentertainment.”

Biodiversity is a safety net in the face of extreme change, said Sugiyama. Ifpeople rely on a narrow group of animals for food, they will have littleprotection if viruses or climate disruptions impact those species. She said itis important to understand how animals that aren’t commonly used nowcontributed to different societies.

Rabbits were likely a convenient source of meat for people in Teotihuacán, whodidn’t have access to livestock like cows. It is possible they could beimportant again in the future.

“Diversity is our backup,” said Sugiyama. “The more you have, the more we canbe more resilient against change.”

Next How to Understand Your Dog – Top Tips