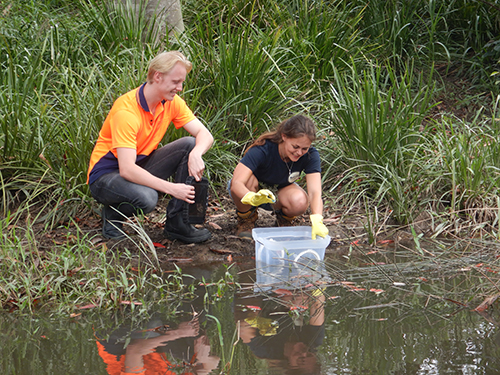 Australia may soon have the jump on cane toads after a Gold Coast not-for-profit was granted an exclusive licence to market a University of Queensland-designed bait for the invasive pests.

The environmentally friendly lure developed by UQ Institute for MolecularBioscience researcher Professor Rob Capon and Professor Rick Shine from theUniversity of Sydney uses the pheromones of adult cane toads to attracttadpoles, trapping them before they grow and reproduce.

Watergum president Wal Mayr said the deal gave his organisation exclusiverights to distribute the lure across the country and was another tool in thefight against the introduced species.

“Like a lot of Australians, we are passionate about getting rid of cane toadsand stopping them from spreading further south and west,” Mr Mayr said.

“We see this agreement as an opportunity to coordinate different regionsacross the nation to work together to have an impact on cane toad breedingcycles and reduce their numbers.

“Cane toads have a detrimental impact on native species such as frogs, birdsand reptiles, and are even responsible for some species, such as the Spotted-tailed Quoll, being declared endangered.

“We collect the donated toads, often more than 250 a week in the summer monthson the Gold Coast alone, and use their glands to make the lures for thetadpole traps,” he said.

“The great thing about the lure is anyone over the age of 18 can use it andultimately, working together is the only way we are going to stop the spreadof these introduced pests.

“We all need to do our bit in our backyards and on our properties to stop thespread of cane toads.” 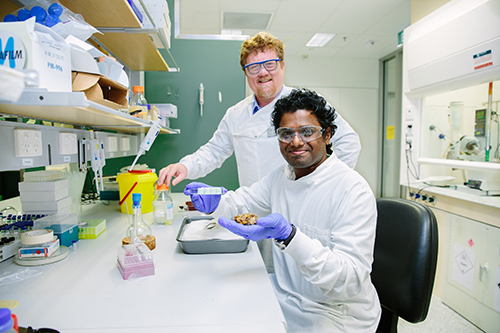 “This deal means the UQ technology behind the pheromone lures will enable therapid, cost effective, environmentally sustainable capture and eradication ofmillions of cane toad tadpoles from waterways across the country,” ProfessorCapon said.

“Importantly, the lure isn’t harmful to native wildlife and is safe to use inwaterways.”

“We need innovation like this lure to meet the challenges of controllingharmful introduced species, and it’s really exciting to think about thepotential environmental impact of this partnership,” he said.

“The exclusive licence will give Watergum the tools to mobilise a coordinatednational campaign to stop the spread of cane toads and build on the great workit is already doing.”