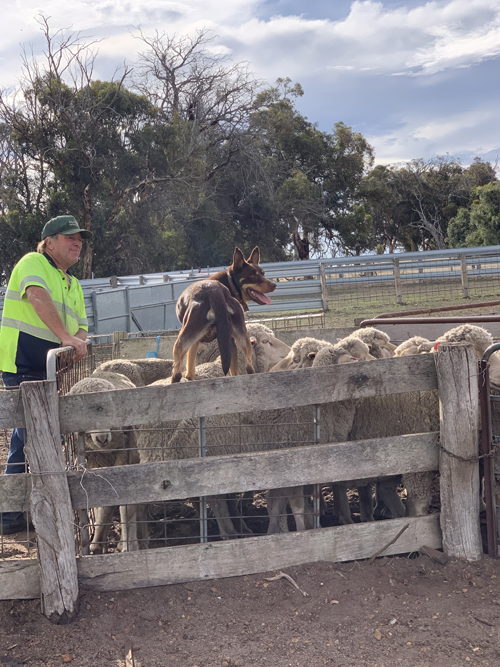 For the first time ever, the Cobber Working Dog Challenge is welcoming NewZealand dogs to compete against their Australian counterparts.

Today the 12 dogs vying to be crowned the hardest working dog are announced.

Each dog will wear a GPS collar to track how far, fast and for how long theywork over a three-week period.

Now in its sixth year, the 2021 Cobber Challenge will run from 16 August to 5September.

It promises to add to the Aussie vs Kiwi friendly rivalry, already stoked bythe rugby union Bledisloe Cup that runs between the nations through August.

Each day of the competition, data is uploaded to the Cobber Challenge websiteso fans can follow the performance of their favourite dogs and national team.

New Zealand will be represented by three Heading Dogs – a new breed for theCobber Challenge that has historically been dominated by Kelpies, BorderCollies and Coolies.

“When the day is long and work is hard, Pine is always there and happy towork. I believe we have a really good chance to take out this competition,”says Cam.

“I think we’ll give the Aussies a run for their money.”

Two of the Australian entrants have competed before but think this will betheir year: Daniel Pumpa who is now working in Koorawatha, NSW, and Bree Howin Tunbridge, Tasmania.

As assistant manager on a lamb fattening operation, Daniel and his dog Turboare doing more stock work than ever, and will be marking lambs during theCobber Challenge. Overcoming a broken back in 2017, this Kelpie is strong andfit enough to return for a comeback series.

“It’s awesome to compete against the New Zealanders because it will show thedifferences between us and then in how we handle our dogs and ourselves.”

Daniel thinks the New Zealanders will be tough competition because they casttheir dogs a lot more to cover steep country compared to many of theAustralian competitors who take their dogs to stock on a motorbike.

Bree is competing with Kit, who was a pup when Bree competed in the CobberChallenge in 2018. Three years on, Kit has become the main dog in Bree’s teamof six Kelpies.

While 2021 will be Antony Mulder’s first Cobber Challenge, his wife Heidi hascompeted twice. Antony’s keen to see if he and Ritz can beat Heidi’sperformance and show how much work dogs do in northern Queensland and theirtoughness.

Kellie Savage, Cobber’s Marketing Manager, is excited to have New Zealand onboard for this year’s Cobber Challenge.

“We’re thankful to everyone who applied. How much everyone values their dogsas part of the farm team shone through in the nominations.”

Cobber Working Dog Food will provide the fuel for these dogs, as it does forthousands of working dogs every day around the country.

For three weeks, the dogs will be scored based on distance, speed and durationof work per day with points accumulated based on daily activity to determinethe winner of the Cobber Challenge trophy.

People can follow the performance of their favourite dog atcobberchallenge.com.au and on the Cobber Dog Facebook page.

Competitors for the 2021 Cobber Challenge

Image: Rob Sibley and Boof (not Rob in photo)

Previous How to Socialise your Adult Dog