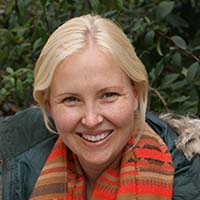 I’ve had the honour of working in wildlife conservation my entire career, so Ireally wanted to share with you what National Threatened Species Day means tome.

Today is a day to reflect on the species we have lost, and step-up for thethreatened species we are yet to save.

But there is still hope. I have some exciting news to share with you on theresults of one of our conservation projects to save turtles. It’s been monthsin the making… are you ready for some breaking news?

In early 2019 we travelled to Milman Island to commence an innovative trial onmethods to cool turtle nests. The sex of a turtle is determined by thetemperature of the sand incubating its eggs. Hotter temperatures producefemales, while cooler temperatures produce males. Rising temperatures due toclimate change has upset the natural gender balance, and it’s possible in thefuture that sea turtles will be completely female.

Six weeks later, we returned to the island to see our hatchlings emerge andthen our researchers began the lengthy process of analysing the data from thenests. Now, the results from the trials are in! Let’s dive into what all thismeans…

Shade and irrigation is the solution

During our first visit to Milman Island researchers tested various methods tocool the sand with the hopes of producing more males. The sand temperature ofnests dictates the sex of hatchlings, with hotter temperatures producingmostly females.

Researchers tested cooling nests by covering them with palm fronds, man-madeartificial shade cloth, seawater, and tree shade. The aim was to see whichcooling method would produce the most males and help re-establish a more evengender ratio?

And the winner is… palm fronds and artificial shading, combined with rain,were the most successful in cooling nests and producing more male hatchlings!

The data shows that these two methods, with rain, produced more than 80% maleturtles — a huge and exciting win for conservation and will help us be able toensure balanced populations of turtles in the future.

The need for speed

After our turtles hatched, our researchers put them through a series ofperformance tests to examine their speed and agility. Hatchlings need peakperformance when they emerge from their sandy nests. Their journey from nestto ocean and beyond is a gauntlet fraught with challenges and threats. Seabirds and crabs await to pick them off the beach, and once in the water otherpredators lurk — not to mention the addition of man-made threats like fishingnets and plastic.

The faster and more agile the turtle, the better their chances of survival.Science tells us that only 1 in 1,000 hatchlings survive. So, if they’reunable to run down the beach fast enough or evade predators, sadly they won’tbe able to contribute to a population already in decline. That’s why we wantto find cooling methods that produce the most energetic hatchlings.

Scientists tested the hatchlings’ running and swimming speed, as well as theirability to ‘self-right’. This involved placing the turtle on its back andtiming how long it took them to flip over.

With all the data quickly collected, the turtles were then released to maketheir journey to the water. In the meantime, scientists retrieved data loggerswhich were placed in the turtle nests and began the long process of analysingall their data to see what solution worked best.

What the results mean

After months of analysis, our researchers found that palm fronds andartificial shading, combined with rain, were the most successful in coolingthe nests and producing more males. In addition, hatchlings from these nestswere faster and more active, which means they had a greater chance ofsurviving their first 48 hours after emerging from their nests.

Heavy rainfall meant the use of seawater irrigation as a stand-alone nestcooling method could not be properly assessed and more research is needed.

Natural rainfall actually proved to be the most effective way of reducing nesttemperatures and producing more male hatchlings. However, with climate changeaffecting the frequency and intensity of these important rainfall events, thiscannot be relied on to re-establish natural gender ratios and interventionslike palm fronds, artificial shading and irrigation are now needed toguarantee the future of sea turtles.

Research like this is really important and provides us with the most effectivetechniques and scalable solutions that we can roll out to other locations andhopefully recover sea turtle populations.

WWF-Australia and its partners will launch phase two of the project thisNovember. In phase two we hope to gain greater insights including, how manymales we need, the window of time where temperature determines gender, andwhen and where these interventions are needed most.

7 September is a special day for us at WWF-Australia. It was on this day in1936 that Australia’s Tasmanian tiger slipped over the extinction line. Itserves as an important reminder that we need to step up our efforts to turnthe tide on this ongoing extinction crisis and save our beautiful, uniquenative species.

Next Get Busy and Desex your Cats – Kitten Season is Coming