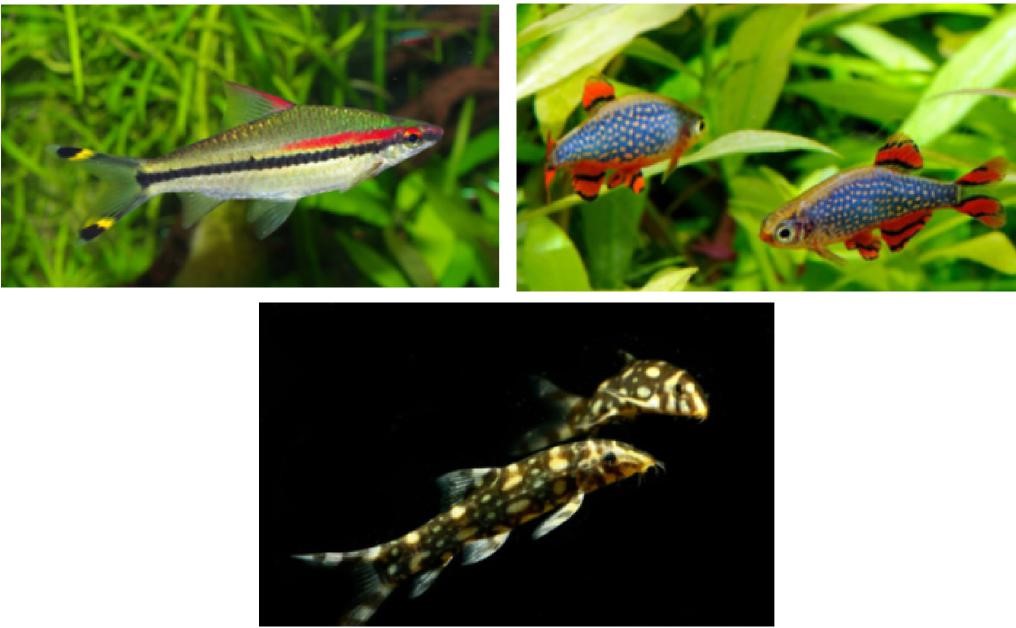 The aquatic sector is again becoming a major focus of PIAA for the yearsahead. Anthony Ramsey has been appointed as the new PIAA aquatics director,replacing Josiah Pit who stood down after 6 years of service to the PIAAboard. Those of you who know Anthony will be well aware of his passion for theaquarium industry. There is no doubt PIAA members, and the wider aquariumindustry will be well served with Anthony advocating on their behalf.

Currently there are two major projects underway in the aquatics sector; AIAAapplications to the Commonwealth Department of Agriculture, Water, andEnvironment (DAWE) to amend the list of species suitable for live import intoAustralia with up to 11 new species. AND the review and formal risk assessmentof the grey list of ornamental fish species.

The PIAA, in addition to a financial contribution, have been workingcooperatively with and supporting the Aquarium Industry Association ofAustralia (AIAA) on a project they have overseen to submit applications to theDAWE to allow more new species to be imported into Australia.

Public consultations are now being conducted by the DAWE and the fullapplications on the above species, as well as details on submitting commentcan be viewed here

It would be great if as many interested stakeholders as possible were able toprovide positive submissions supporting the applications. Please [email protected] if you would like a template to follow to quickly createyour own submission.

New and affordable mainstream fish species have the potential to provide boththe specialty aquatics, general pet retail sectors and aquatics wholesalersalike, with a real shot in the arm as the highs of covid trade begin torecede.

PIAA have been participating in a recently reformed stakeholder technicalworking group under the Commonwealth led Aquatic pest vertebrate andinvertebrate working committee, to review and progress the assessment of GreyList Ornamental fish species.

The grey list is a listing comprising of ornamental fish species thought tohave a high potential of becoming pest fish if they were to establish in theAustralian environment. This project has been afoot since 2004 and PIAA havebeen representing and advocating of behalf of the entire aquarium industrythroughout this process. Previously, 4 seperate tranches of fish speciesprogressed from the grey list to noxious list status in every state andterritory. This saw over 400 species listed as noxious by unanimous consensus,that were of genuine pest risk (such as Asian Snakeheads) or species that werenot present in Australia or desirable to the wider aquarium trade.

The current grey list was last looked at in 2015 and today still comprises ofover 500 individual species, many of which are highly desirable to theaquarium trade or already exist in Australia being freely traded in largenumbers. PIAA has not previously been inclined to support seeing the remaininggrey list species be converted to noxious list status. This includes manyAmerican cichlid species as well as large catfish varieties. Given nostakeholder support or consensus is likely for most of the remaining specieson the grey list, an independent environmental risk assessment tool has beendeveloped to scientifically assess the likelihood of both release and the riskof establishment in Australia’s diverse and unique aquatic ecosystems. Thisrisk assessment tool will collate a variety of species-specific data to feedinto the assessment before assigning a risk score (low, moderate, and high).Species with a low or moderate risk score would be viewed as no greater riskprofile than species already approved by the Commonwealth as suitable for liveimport and as such industry would seek to use the data from the riskassessment to progress and streamline applications to make such speciesallowable imports. Any species receiving a high-risk outcome, would notautomatically be subjected to noxious listing but ideally any risk be managedthrough permit systems or prohibitions on trade but not keeping.

PIAA will always strongly advocate for the least trade restrictive outcome forour members and the wider industry whilst also ensuring that environmentaloutcomes and responsibilities are meet. If you would like any furtherinformation on the current assessment project, the history behind theornamental grey list project or to view would like to view the current greylist, please check the PIAA website or contact [email protected]

Also please consider joining PIAA if not already a member. With greaternumbers comes greater advocacy through being

able to represent as wider cross section of the industry as possible.Membership will also afford you to feed into and better influence anypositions the PIAA need to take on advocacy issues.