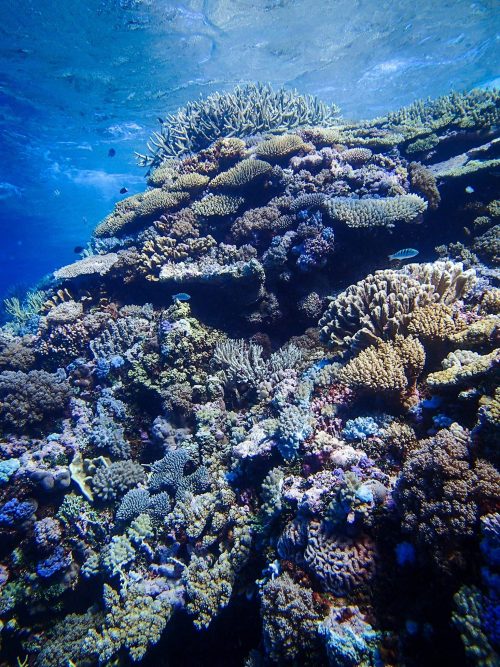 Protected marine areas are often in the wrong locations to stop threats tobiodiversity, according to international research led by a University ofQueensland team.

Dr Caitlin Kuempel said protecting large tracts of ocean can be incrediblyeffective against biodiversity loss and there has been a lot of progress.

“But if we don’t place them where they can reduce threats to marine habitatsand species – arguably their primary purpose – we’re not getting the immediatebenefits needed to protect our oceans,” Dr Kuempel said.

Researchers classified human impacts on oceans as ‘stoppable’ or ‘unstoppable’based on whether effective marine protected areas could reduce each threat.

“We found that areas with relatively low levels of stoppable threats had 6.3times the strict protection of areas with high levels.

Dr Kuempel said the findings reinforced the view that many protected marineareas are placed far from human populations, and may simply be ‘paper parks’.

“We might be looking at some impressive quantities of protected places on themap, but they’re not in the right places to effectively protect marinebiodiversity from threats currently driving biodiversity loss,” she said.

“By comparing protection regimes with actual threats around the world, we’vefound a strikingly apparent lean towards protecting these low threat areas.”

The team identified 31 ‘crisis’ regions with high threat levels but very lowlevels of protection, where they say marine protected areas could help stopbiodiversity loss, such as the Indo-Malaysian region, a marine biodiversityhotspot.

“There’s a lot of debate around whether we should either protect pristinewilderness areas or places with high levels of threat,” he said.

“The answer is both; however the tendency to protect low threat areas – whichis often easier and cheaper – shows that countries need better marine spatialplanning.

“If we don’t do this more effectively, we’ll lose species and threaten thebenefits marine habitats provide, such as food, coastal protection andrecreation.”

“As we prepare for the world’s post-2020 global biodiversity framework,decisions need to be made that correct these biases,” she said.

“Clear, quantifiable goals that guide and measure how protection is allocatedbetween high and low threat areas would help decision makers to protect ourprecious habitats and species.”

Previous Do You Have a Disaster Plan for Your Pet?

Next The Road to Ruin