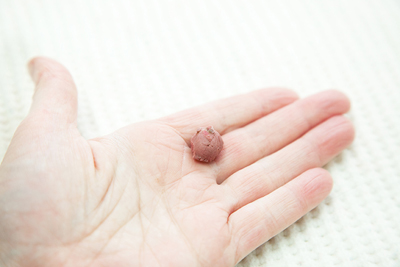 There has been a sharp rise in the number of cats requiring surgery to removemarbles and other small balls of at Lort Smith Animal Hospital.

“Three in ten households own a cat so it’s important that the communityunderstands the importance of monitoring your cat’s toys,” said Dr DavidCunliffe, Head of Hospital at Lort Smith.

Willow, a one-year-old white and tabby domestic short hair arrived at LortSmith after not eating for several days. Upon initial examination vets couldfeel something hard in her abdomen.

“Willow is one lucky cat. If she had been left in this state much longer thedamage could have been fatal,” said Dr Cunliffe.

“Cats normally admitted for this type of surgery may have eaten anything fromdental floss, hair ties and aluminium foil. Marbles and other small balls arenot usual,” said Dr Cunliffe.

“It was worrying when poor Merlin first arrived. We were not sure if he wasgoing to make it,” said Amanda Doolan, Senior Animal Welfare Officer at theLort Smith Adoption Centre.

After a successful surgery, this lively cat is now recovering in foster carebefore he heads to the adoption centre to find his forever family.

“Merlin is such a beautiful and lively cat. It’s hard to imagine that he wasthat same cat who came in barely able to move due to the amount of pain he wasin,” added Ms Doolan.

Vets are not sure why there has been a sharp increase in these admissions,however, the message is simple: “Cats need as much supervision with toys astheir canine counterparts,” said Dr Cunliffe.

“Any toy with small parts inside need to be closely monitored for signs ofwear and tear. Also, toys that are small enough to swallow are not suitable,”added Dr Cunliffe.

UPDATE: Willow is now available for adoption at the Lort Smith AdoptionCentre.