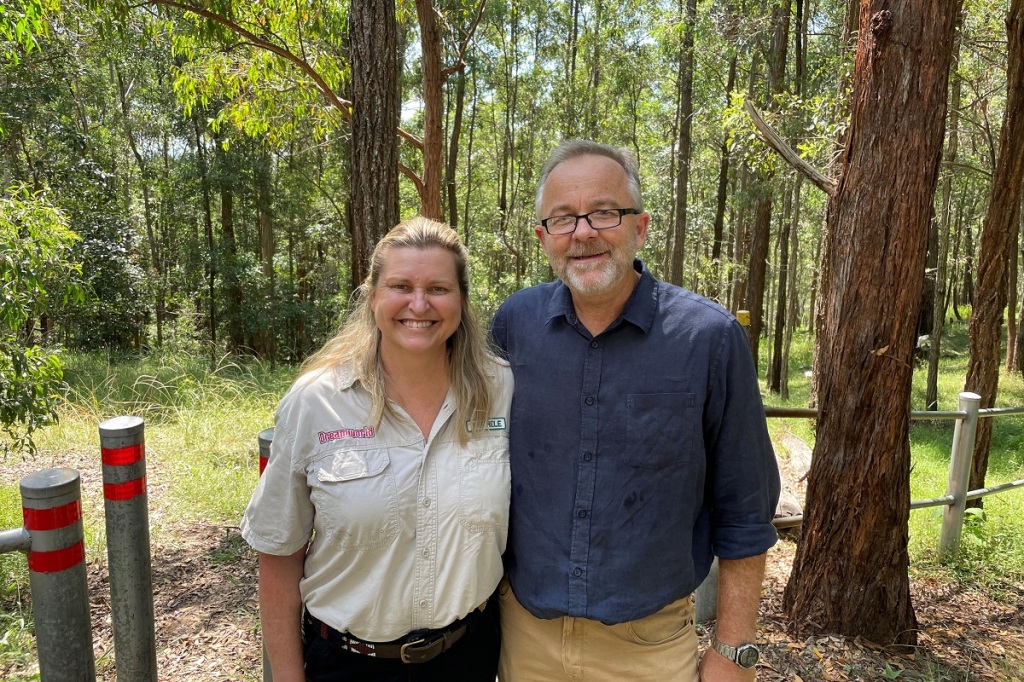 Jagger, the first koala bred in the Living Koala Genome Bank pilot project, isfully vaccinated against chlamydia and is disease-free, and it is hoped hisdiverse genetics will help protect koalas against the risks of inbreeding.

Dr Stephen Johnston, Associate Professor from the University of Queensland’sSchool of Agriculture and Food Sciences, said Jagger, who was recentlyreleased into a colony at Elanora Conservation Park on the Gold Coast, willhelp safeguard future generations of local koalas against inbreeding anddisease.

“We’ve used proven breeding technologies in combination with an in-depthanalyses of koala genetics and disease screening to help manage and conservekoala populations.”

Johnston said this is achieved by either incorporating valuable genetics fromthreatened wild koala populations into a captive population, or by providingcaptive breeding facilities, for the genetic exchange of wild koalas.

The project is a collaboration between UQ, Queensland University of Technologyand the Dreamworld Wildlife Foundation, and was funded by the AdvanceQueensland Innovation Partnership Grant.

“Excitingly, we have been able to demonstrate that zoos, in combination withexpertise from universities, can significantly boost conservation outcomes.

Johnston hopes that their concept can be applied to other wildlife parks inQld and northern NSW to safeguard the future of koalas, and they’re currentlyin consultation with the government to do so.

“With most east coast koalas now listed as endangered, so much more needs tobe done in this space to protect them from extinction.

“Dreamworld has a commitment to wildlife conservation, and we’re incrediblyproud to be able to offer the infrastructure and skill sets required topartner with UQ and QUT on this project.”

Previous Vets out of pocket over disaster animal care costs

Next Federal Government to crackdown on reptile smuggling