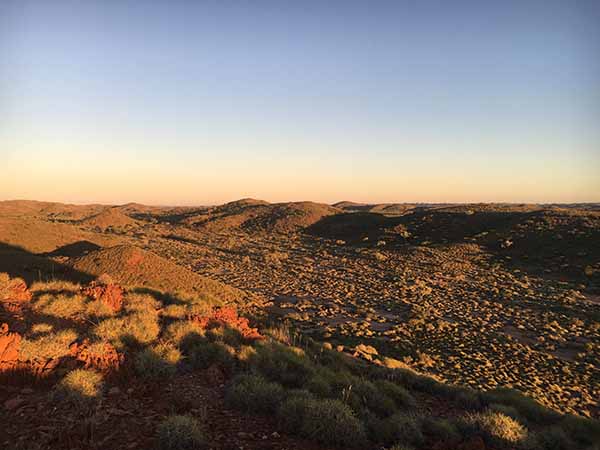 Indigenous peoples’ lands may harbour a significant proportion of threatenedand endangered species globally, according to University of Queensland-ledresearch.

“These lands cover more than one-quarter of the Earth, of which a significantproportion is still free from industrial-level human impacts,” Dr O’Bryansaid.

“As a result, Indigenous peoples and their lands are crucial for the long-termpersistence of the planet’s biodiversity and ecosystem services.

“Despite this, we know relatively little about what animals, including highlyimperilled species, may reside in or depend on these lands.”

The team overlayed maps of Indigenous peoples’ lands and habitat data for4,460 species assessed by the International Union for Conservation of Nature(IUCN) to estimate the overlap of each species.

“We picked mammals as a bellwether indicator of biodiversity protection,” DrO’Bryan said.

“This is because there’s more data about the suitable habitat of mammals andthere is evidence to suggest that patterns observed in mammals may reflectother forms of biodiversity.

“In other words, if mammals are absent, other animals are likely to be absentas well.

“We discovered that 2,175 mammal species – about half of the total speciestracked – have at least 10 per cent of their ranges in Indigenous peoples’lands.

“And 646 species – or 14 per cent – have more than half of their ranges withinthese lands.

“The endangered red panda (Ailurus fulgens) and the tiger (Panthera tigris) ofSoutheast Asia have more than half their habitat within such lands.

“In Australia, the critically endangered northern hairy-nosed wombat(Lasiorhinus krefftii) has 100 per cent of its habitat in these lands.”

“These areas are critical for the successful implementation of internationalconservation and sustainable development agendas,” he said.

“Representatives of Indigenous peoples are engaging in global environmentalforums and national and local collaboration frameworks, which are critical forequitable and effective cross-cultural conservation activities to benegotiated.

“Greater recognition and support for Indigenous people’s rights to, andrelationships with, their lands needs to continue, and this pressingimperative needs to balance Indigenous self-determination and biodiversityconservation.

“Only through rights-based, equitable and respectful partnerships withIndigenous peoples, will it be possible to ensure the long-term and equitableconservation of biodiversity.”

Image above left: Lands of the Martu in Western Australia have significantconservation value, being part of the most intact arid ecosystem anywhere inthe world and providing safe haven for threatened species such as the northernquoll and greater bilby (Credit: Christopher J. O’Bryan).

Image: The short-eared rock wallaby (Petrogale brachyotis) of northernAustralia has nearly 20 per cent of its habitat within Indigenous peoples’lands (Credit: Micha Jackson).

Previous Snakes evolve a magnetic way to be resistant to venom