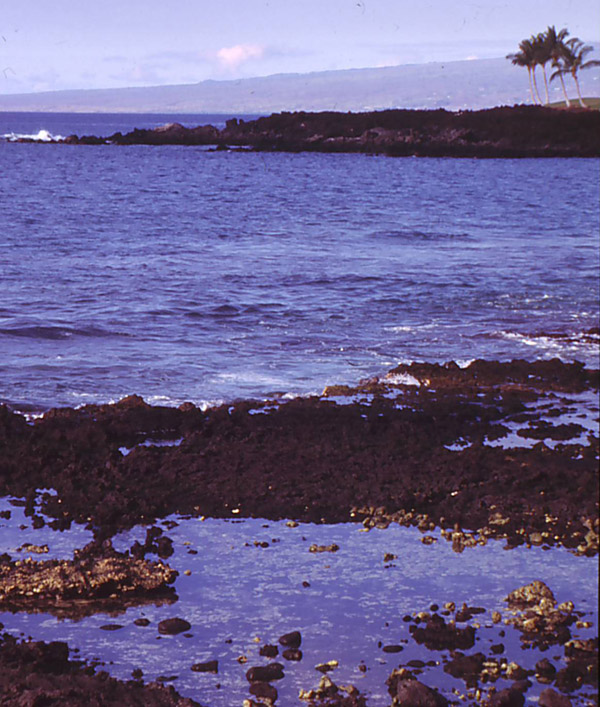 Image: Some of the attendees at the BLNR meeting assembled to discuss PIJAC’sRFEIS. PHOTO: HAWAII BLNR LIVESTREAM

The past few months have been particularly active on the Hawaii front. A majorstep forward occurred on 8 July when Hawaii’s Board of Land and NaturalResources (BLNR) accepted PIJAC’S Revised Final Environmental Impact Statement(RFEIS) regarding the State’s ornamental fishery. However, as expected, theresponse from the anti-trade lobby was immediate, opposing the approval asvigorously as we have come to expect.

To bring our readers ‘up to speed’, with all the main ‘to-ings and fro-ings’that have occurred since June, I am reviewing these developments below,hopefully, in sufficient detail to present an informative and accurate pictureof what’s been happening.

“Long on talk – short on hard data.” These were the words of Dr Bruce Carlsonin reference to some of the comments made by opponents of the Hawaiianaquarium fishery during the Board of Land and Natural Resources (BLNR) meetingheld on 8 June, 2021, to discuss PIJAC’s Revised Final Environmental ImpactStatement (RFEIS) on the Hawaii ornamental fishery.

Dr Carlson – who was Director of the Waikiki Aquarium for 17 years – was oneof numerous parties submitting testimony at the above meeting. He wasreferring to some of the statements made by those opposed to the RFEIS whorelied heavily on emotion and passion (very eloquently, in many instances)rather than on science and hard data, in presenting their testimony.

The whole meeting can still be accessed at: https://youtu.be/N-r26CzS-MI. Itbegins at the one-hour mark and ends at around the 6hr 27 min. mark. Yes, it’sa long, very long, meeting (with a couple of recesses for lunch, etc.), butit’s well worth listening to every single word uttered pro and against theRFEIS. I assure our readers that they will find it, not just very interesting,but highly revealing.

I was struck by the detailed and impassioned nature of many of the publictestimonies, though not necessarily by their content in every instance. On themore scientific, i.e. more objective, side, I was struck by the downright goodsense of the presentations, all of them based on data and ‘good science’,rather than on personal feelings or emotions.

At the end of the day, the BLNR Executive Board voted on accepting/rejectingthe RFEIS and couldn’t come to a majority decision, with the vote going 3:3.One of the Board Members was not present, so we don’t know how this would haveswayed the vote, but the fact remains that the result was a tie. In suchcases, the document/proposal in question is approved if no adverse comments ormoves arise within 30 days following the vote. This date came and went on 8July, so PIJAC’s, RFEIS was officially approved on that day.

Following this acceptance, Bob Likins, PIJAC Vice President of GovernmentAffairs, issued this statement: “The Pet Industry Joint Advisory Council ispleased that the Hawaii Board of Land and Natural Resources (BLNR) hasaccepted the most recent comprehensive and data-based Environmental ImpactStatement (EIS) that we at PIJAC, along with a group of Hawaiian fishersdedicated to responsible collection, prepared and submitted for theirconsideration. We commend those Board members who voted to accept the EIS,recognizing that it provided all the information they were seeking to make aninformed decision on reviving ornamental fishing and issuing commercial marinelicenses. Since aquarium fishing was halted in Hawaii in 2017, the fishers andtheir families who depend on fish collection for their livelihoods have beensuffering. We are optimistic that the next step for the Board will be to issuepermits to the seven fishers so that they will be able to sustainably collectand trade limited species within the West Hawaii Regional Fishery ManagementArea.”

This approval of the RFEIS undoubtedly constituted a significant step forward,but don’t let’s lose sight of what it represented. It represented theacceptance of the RFEIS as having addressed issues raised at earlier meetings.It did not, however, mean that fishing permits were now going to be issued tothe seven fishermen. Far from it!

It marked the start of a post-RFEIS period in which several options would bediscussed and voted upon:

Even the most casual review of the above (which I have had to summarise) willshow that the stage was being set for discussions to be as heated and complexas anything that’s gone before.

The RFEIS may have been approved, but this is only marked the beginning of thenext phase. The road to arriving at a workable resolution of the saga is goingto be very rocky indeed. Opposition will remain vigorous at every single pointalong this route, so there is absolutely no guarantee that collection willresume anytime soon… or at all.

To clarify matters, the 8 July approval was, quite simply, an officialacknowledgement that the RFEIS met the criteria set down by the authorities atan earlier meeting where they rejected the Draft Environmental ImpactStatement (DEIS) submitted by PIJAC in February of this year. The next step(date, as yet, undecided) is supposed to begin discussing the various optionsoutlined above.

It was totally logical, of course, that there was no way the anti-trade lobbywas going to accept the approval without a fight… and so, it’s turning out tobe… to no-one’s surprise.

Within a few days of the approval of the RFEIS, the anti-trade campaigners,working together in a coalition, fired their first shot of the new phase. Thistime, their attack was not being directed at PIJAC or the fishers, but at theBLNR itself, who they accused of failing to protect Hawaii’s reefs and coastalareas from ‘plundering’ by the aquarium fishery. Rene Umberger (one of theleading opponents of our industry) and her colleagues believe that, byapproving the RFEIS, the Hawaiian authorities are failing to regulate aquariumfish collection, in violation of the State’s environmental protection laws.They (the coalition) are therefore suing the BLNR for this ‘failure’.According to Umberger, BLNR’s failure to reject this latest EIS is “a travestyfor our reefs” and “BLNR’s lack of decisive action tells aquarium tradeplayers that there’s no need to comply with Hawaii’s environmental protectionlaws”.

Nothing could be further from the truth! In addition, it would be veryinteresting to know how the campaigners define ‘plundering’, because they seemto ignore the inescapable fact that everyone, except the aquarium fishers, cantake as many fish as they want, without restriction on numbers, species orsize of specimens, for human consumption or other purposes, which – bydefinition – results in the death of all collected specimens. This couldn’t bein sharper contrast to the sustainable, controlled take by fishers, whoseoverriding aim is to be selective, collect strictly according to agreed quotasand keep the fish alive. Yet, they apply the term ‘plundering’ to the aquariumfishers’ activities, while totally failing to mention it in relation to theseother extractive and destructive activities. How logical is this?

There is no indication, as yet, of how the BLNR has reacted to the lawsuit.They have, quite simply, not commented, just saying that it is a pending legalissue. So, as this stage, we have no idea how they are thinking, or whatdiscussions, if any, have already taken place in-house.

However, PIJAC have been considerably more forthcoming, as one would expect.Therefore, reacting immediately to the above developments, PIJAC VicePresident of Government Affairs, Robert Likins, issued the followingstatement : “PIJAC believes that the Hawaii Board of Land and NaturalResources (BLNR) arrived at the correct decision and followed Hawaiian law inaccepting the revised final environmental impact statement (RFEIS) that we andthe responsible Hawaiian ornamental fishers submitted. It is disappointingthat this superfluous lawsuit has been brought despite the BLNR’s ultimatedecision being based on the abundance of data, resources, and specificresponses to items identified in earlier reviews—all of which reinforce theRFEIS and support reopening the highly sustainable aquarium fishery. We expectthat this case against the state will be unsuccessful, and we will continue towork towards getting the Hawaii aquarium fisheries resurrected and thefishers’ permits reinstated. It is our goal that these fishers will be able tosustainably collect a reasonable number of limited species—a trade that notonly supports the local economy’s health, but more importantly, provides fortheir families’ livelihoods.”

This may sound perfectly sensible to most of us, but obviously not to thosewho have an anti-trade agenda. There is also no clear indication at this stageif the lawsuit is aimed at delaying the ‘options’ discussions I summarisedearlier in this piece, or at attempting to get the BLNR to reverse itsdecision. No doubt, the weeks/months ahead will reveal further fascinatingdevelopments.

My sincere thanks to Bob Likins, PIJAC Vice President of Government Affairsand Gwyn Donohue, PIJAC Director of Communications and Public Affairs, forkeeping me abreast of developments and for their valuable and prompt responsesat all times.

John is a freelance writer and international ornamental aquatic industryconsultant. He is a long-time contributor to, and supporter of, PIN, haswritten over 4,000 articles and contributed to 50 books as author, editor andeditorial consultant. In 2005 John (along with his wife and business partner,Vivian) received the OFI Award for their “valuable contribution to theornamental aquatic industry”. John is an Honours graduate in Biology andGeology, a Fellow of the Linnean Society of London, a Fellow of the ZoologicalSociety of London, a Member of the Society of Biology and a CharteredBiologist.

Next The Pet Rental Crisis begs for better laws, keep families together andpets out of shelters