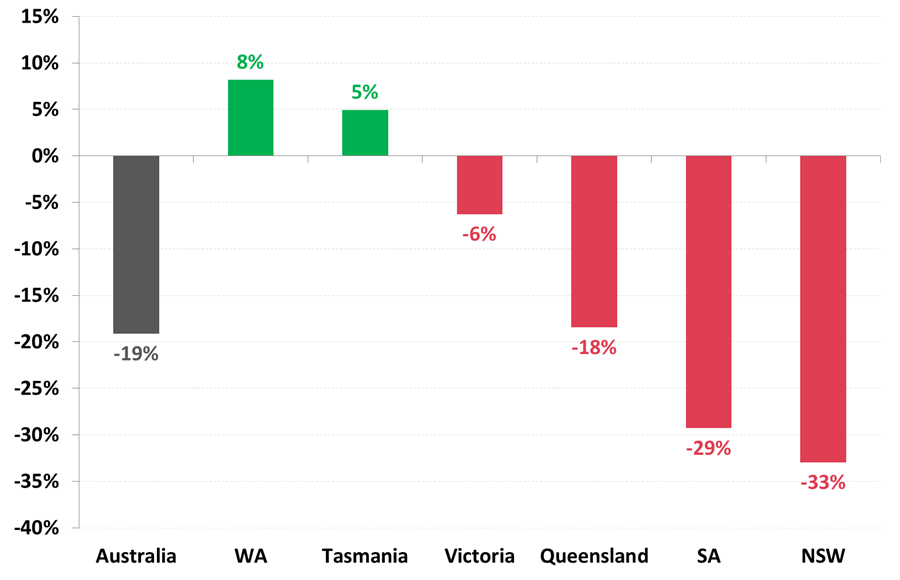 The sharp decline in Business Confidence in April was driven by morebusinesses, 64.8% (up 25ppts) saying their business is ‘worse off’ financiallythan this time last year, businesses being less confident about the Australianeconomy into the future with nearly three-quarters, 73.2% (up 10.5ppts),expecting ‘bad times’ over the next year and over half, 58.4% (up 12.3ppts)expecting ‘bad times’ over the next five years.

Some Australian businesses are already looking past the COVID-19 pandemic andare growing more confident about the next year with 43.1% (up 3.6ppts)expecting the business will be ‘better off’ financially this time next year,while only 27.6% (down 1.4ppts) expect the business to be ‘worse off’; 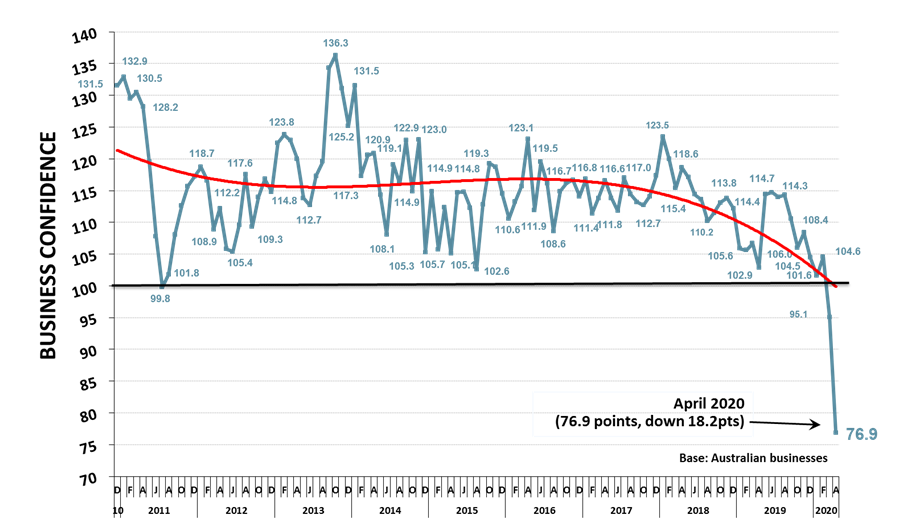 Business Confidence in March was down significantly for many industries almostacross the board.

The biggest declines were for Transport, Postal & Warehousing (down 43%),Information Media & Telecommunications (down 43%), Accommodation & FoodServices (down 40%), Property & Business Services (down 37%), Construction(down 34%) and Education & Training (down 26%).

There were however a few industries that managed a small improvement in Aprilincluding Public Administration & Defence (up 1%), Wholesale (up 5%),Manufacturing (up 4%) and Recreation & Personal (up 16%) to a still well belowaverage rating of 65.2.

In Victoria the index fell marginally by 6% to a new record low of 82.4.However, there was better news in the two most isolated states with the indexup 5% in Tasmania and increasing by 8% in Western Australia.

“Roy Morgan Business Confidence hit a record monthly low of only 76.9 inApril – down 18.2pts (-19.1%) from its previous record low reached in March.The large drop followed the introduction of strict social distancing and self-isolation directives from the Federal and State Governments that persistedthroughout the month of April.“The good news is that Business Confidencebottomed in the first half of the month and has since improved. For the firsthalf of April Business Confidence averaged only 69.3, similar to its ratingforlate March of 71.4. Since this low-point the index has improved andaveraged 82.0 during the second half of April as Australia ‘flattened thecurve’ of new COVID-19 infections.“There are several bright spots within theresults. Perhaps surprisingly, Australian businesses were growing moreconfident in April about their own prospects with 43.1% of Australiansbusinesses expecting the business to be ‘better off financially’ this timenext year – up 3.6ppts from March.“This positivity is reflected in WesternAustralia and Tasmania which both saw an improvement in Business Confidence inApril as the two States pursued a policy of self-isolation preventing any non-residents from flying in or visiting either State.“There were also severalindustries which had an increase in Business Confidence in April includingPublic Administration & Defence, Wholesale, Manufacturing and also Recreation& Personal which had suffered a large decline in March as social distancingprovisions were introduced.“The announcement that Australia will undergo athree-stage re-opening process over the next two months to ‘reboot’ theeconomy has provided further hope that Australia may already be past the worstof COVID-19 and businesses can look forward to less restrictions on theiractivities in the coming weeks.” 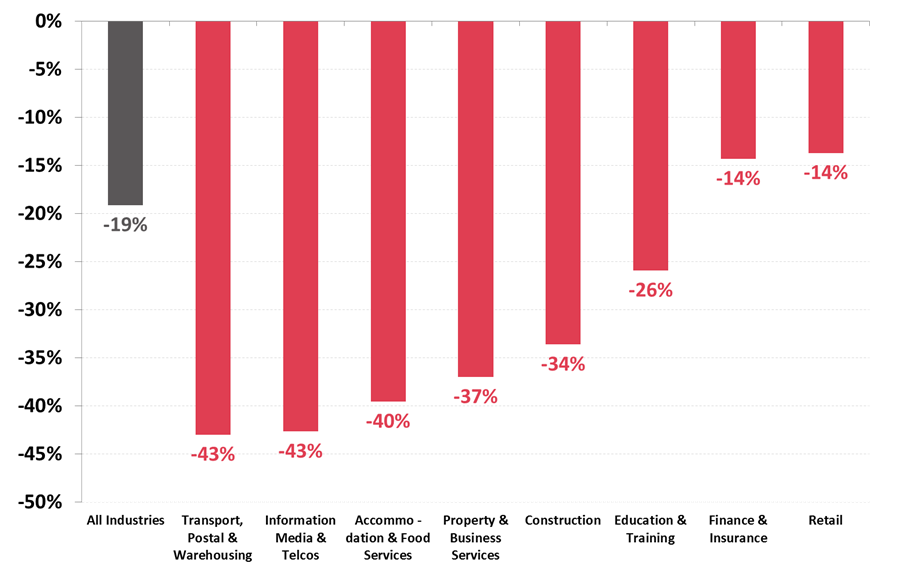 Next Life after lockdown: Policy for the next phase of COVID-19