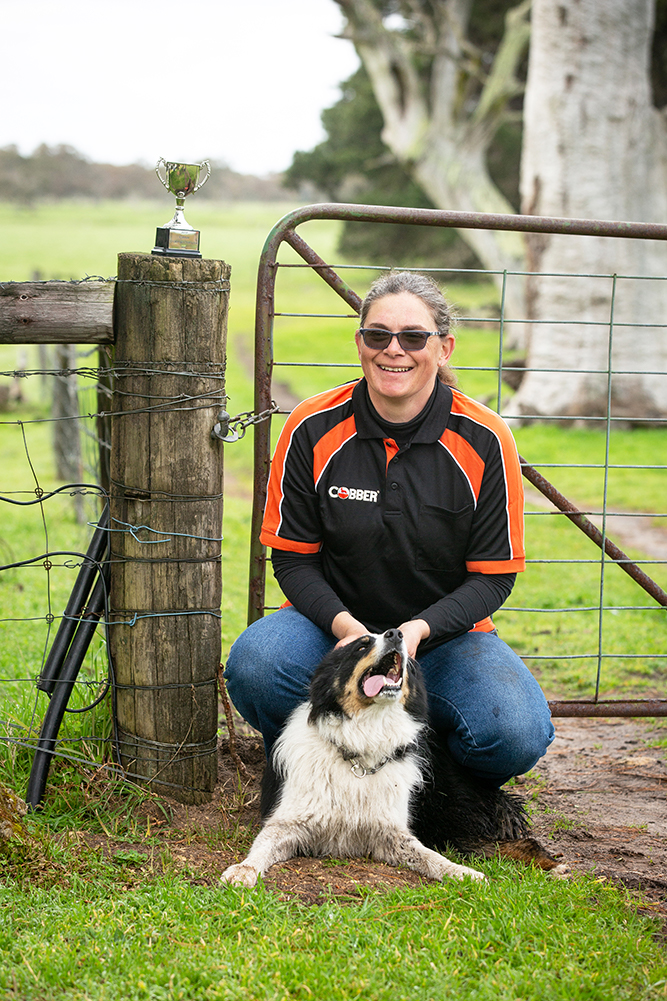 Jed is one of 11 working dogs from around the nation that competed in the 2019Cobber Challenge. The three-week competition saw dogs from each state wear GPScollars to track their distance, speed, and working duration on farm.

To top off his ground-breaking victory, the four-year-old from Conmurra in thestate’s south-east has run the furthest of any competitor in the CobberChallenge’s four-year history, covering an enormous 717km – the equivalent of17 full marathons in three weeks.

The previous record was set by 2017 competitor Flow, who Jed beat by just 1kilometre.

Jed’s owner Peta Bauer said she’s not surprised by Jed’s success, but that hisdistances were astounding.

“I knew Jed did a lot of work, but the fact that he was consistently doing somany kilometres each day just shocked me,” said Peta. “His stamina isamazing.”

Jed seized the top spot at the end of day four and relentlessly held on,fending off consistent pushes from runner-up Bonnie, owned by Sam Wright inQueensland.

“We’re on a smaller intensive farm, and there’s a lot of stock movement. Butlooking at Bonnie, she’s on a bigger cattle place, you see longer straightlines, bigger distances between things,” said Peta.

Bonnie was slightly faster than Jed, running at an average speed of almost8km/hr over the three weeks.

“She went twenty-one days without a break and was as keen to go on the lastday as she was on day one, so I think she does pretty well,” Sam said.

“I was really surprised to see the kilometres Bonnie did on the days we weredrafting and shifting mobs around the smaller holding paddocks compared to thelonger days mustering in the larger paddocks.”

Jed brought this year’s competition to an international audience, with friendsof Peta watching on from Belgium and the UK.

“The great thing about this competition is the recognition it brings toworking dogs and the loyalty and commitment they offer on Australian farms,”said Kellie Savage, competition organiser and Cobber Marketing Manager.

“They’re not only great mates to our farmers, but they also create a saferwork environment, and are often vital to keeping the farm running in a cost-effective way, especially during drier times like now.”

This year also saw two good friends competing against each other for the firsttime, with Jack Febey and Brendon Johnson bringing some friendly rivalry fromacross the Bass Strait.

“We both said we wanted to finish near the top five, so we’re pretty happy tohave our dogs Lady and Monty end up next to each other on the leaderboard,”said Brendon.

“We just wanted to show everyone what they could do and what they give to us.”

Jed is now taking a well-deserved break while the ewes head into a lambingpaddock for some peace and quiet.

“It’s been a great opportunity to see what Jed and other dogs are doing andhow much they put in on the farm,” said Peta.

“You take it for granted until you see the data come through. I could not doit without him.”