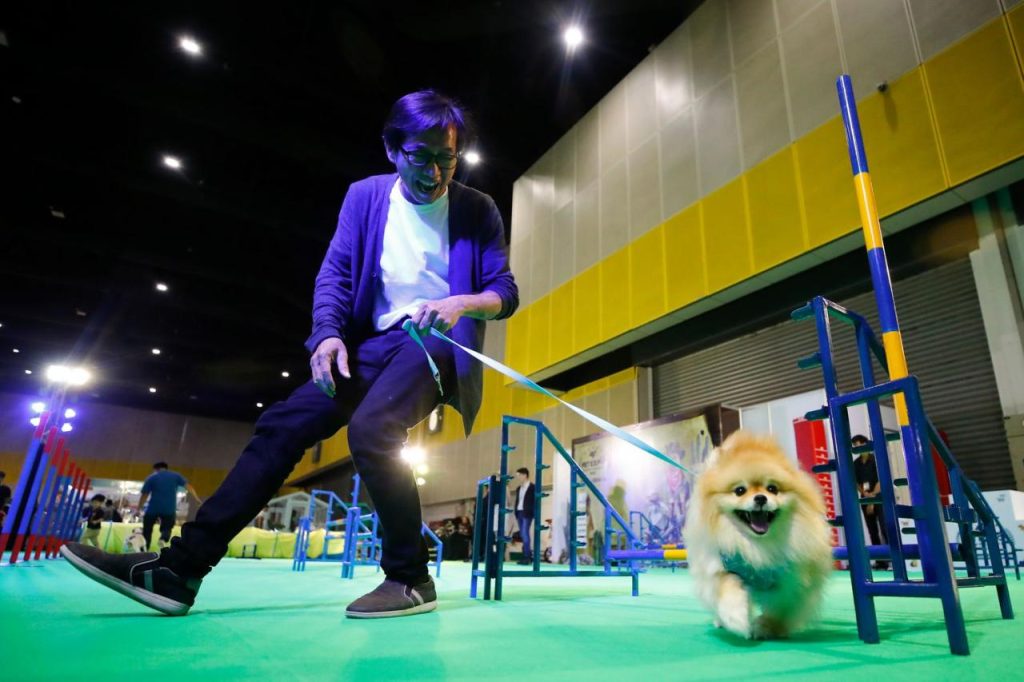 Dogs are a weird bunch. They range in size from bearish behemoths likeNewfoundlands to pipsqueaks like Milly, a Chihuahua who measures less thanfour inches tall and holds the Guinness record for World’s Shortest Dog.

Some breeds are fast runners. Others are jumpers, swimmers or diggers.Bloodhounds specialize in sniffing, while greyhounds hunt primarily by sight.Border collies excel at herding, Jack Russell terriers at flushing foxes fromdens.

Over at least 15,000 years, and especially since a Victorian-era dog-creationcraze, selective breeding by humans has resulted in a single species with morephysical variation than almost any other in the animal kingdom. And now,scientists have provided the first evidence that all of this selectivetweaking hasn’t just changed dogs’ sizes, shapes, colors and behaviors — it’salso altered the way their brains are built.

Their research, published Monday in the journal JNeurosci, began with MRIscans from 62 dogs that had visited the University of Georgia VeterinaryTeaching Hospital for neurological evaluations. All the dogs, representing 33breeds, were discharged with clean bills of brain health. But their scansprovided the scientists with a treasure trove of data.

“The first question we wanted to ask was, are the brains of different breedsof dogs different?” said Erin Hecht, a neuroscientist studying dog cognitionat Harvard University and lead author of the study.

Indeed, from Dachshunds to Dobermans, the scientists found well-defineddifferences between dog brains, even after accounting for things such as thepooches’ overall size and shape.

By looking at the areas of the dogs’ brains that varied most across thebreeds, the scientists were able to create maps of six neural networks linkedto certain functions, such as the sense of smell or movement. The team foundthe shape of these networks “correlated significantly” with common traitsassociated with each breed, as described by the American Kennel Club.

“Brain anatomy varies across dog breeds,” Hecht said, “and it appears that atleast some of this variation is due to selective breeding for particularbehaviors like hunting, herding and guarding.”

In other words, not only do the shapes and sizes of canine brains vary bybreed, the structures within those brains also are different. This discoveryhelps explain what makes a Maltese act like a Maltese, or a boxer like aboxer.

MRI scans of the brains of a basset hound (top) and a border collie (bottom).(Marc Kent and Erin Hecht)

Jeffrey Stevens, director of the Canine Cognition and Human Interaction Lab atthe University of Nebraska at Lincoln, called the study’s use of existing MRIdata “clever” and its premise “exciting.” However, he offered some words ofcaution.

“The one thing that I think there’s a bit of disagreement on in the literatureand in people’s views is how useful it is to map behaviors to breeds,” Stevenssaid. “There’s often a lot of variation within a breed, across individuals.”

“This is very well known in the human neuroimaging field, where you want to bereally careful drawing any inferences about cognitive processes that are basedon brain activity that you’re not directly testing,” Stevens said.

But this raises another intriguing question. Most dogs today do not activelyfill the roles for which their breed was created. In fact, all 63 study dogswere house pets, not working dogs. So even though they may be the descendantsof great herders or hunters, they probably don’t perform those tasks in anyserious capacity. That could make a big difference.

So it’s quite possible that a Labrador retriever that does the job its kindwas bred to do — retrieving birds shot by hunters — might have a brain thatlooks different from a Lab that retrieves popcorn stuck between couchcushions.

Stevens said he viewed this as a hint that the researchers might be ontosomething. If they’ve managed to find such significant variation in pets, hesaid, imagine what might be discovered in the brains of working dogs.

“The correlations actually could be stronger if you used animals that werestill bred for those purposes,” Stevens said. 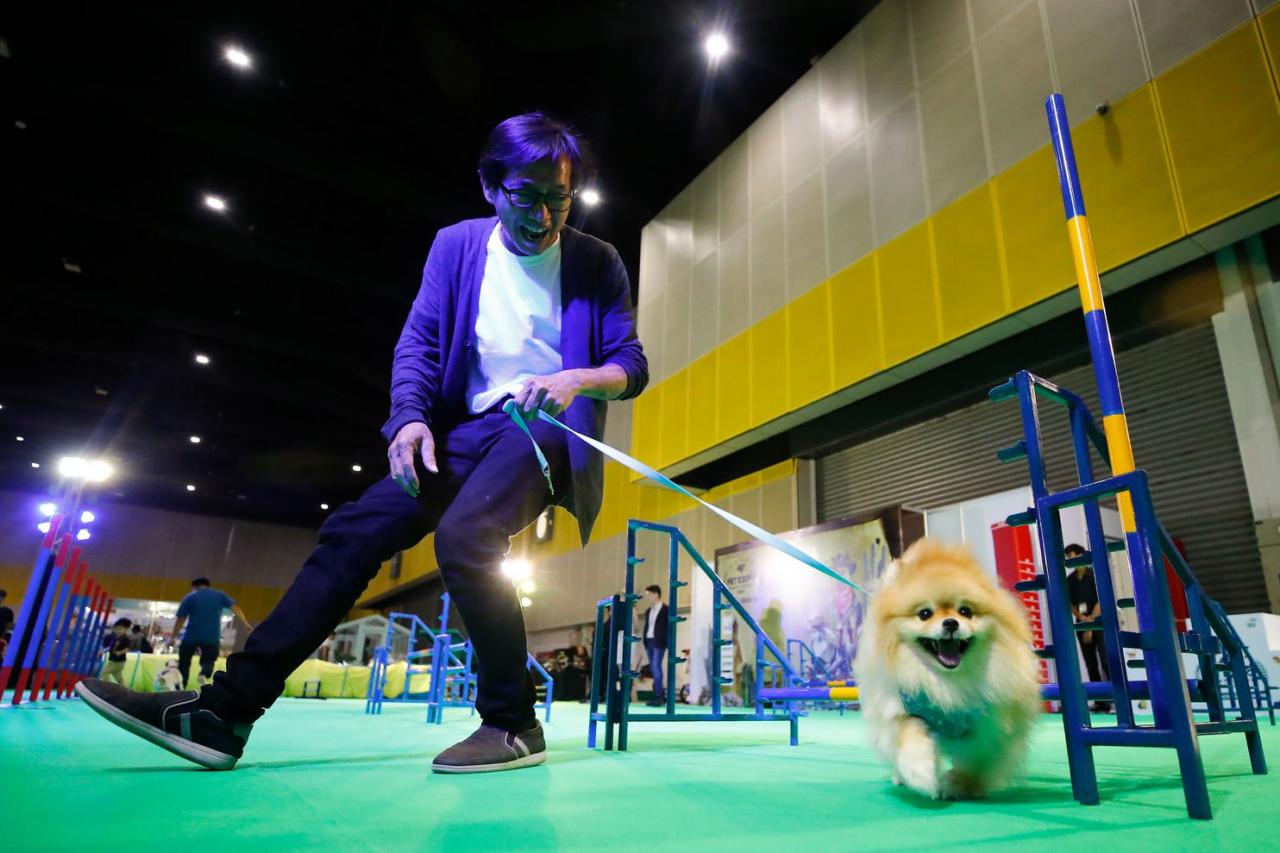 Daniel Horschler, a PhD student at the University of Arizona’s CanineCognition Center, said the variation found across dog breeds could prove to bean important model for understanding how brains work in general.

Previous studies have investigated neurological differences between species,said Horschler, but such animals “obviously have a lot more differences interms of their ecology and their behavior and their environment, so being ableto do this in a single species is really interesting.”

Hecht said her team is trying to better understand why and to what extentvariations within a breed occur — or, as she put it, the differences between“high-skill performers and low-skill performers.”

“For example, border collies who are winning herding competitions out in thereal world and siblings of those dogs who, for whatever reason, would ratherjust sit on the couch,” she said.

Hecht said she also hopes to be able to build on the study’s findings by nextinvestigating other facets of a dog’s brain. For instance, skull shape andsize may also have an impact on the anatomy of ventricles, the spaces thathold cerebrospinal fluid, which is critical for brain health. One day, thisline of research could even help tailor veterinary treatment for differentbreeds.

One study has already found border collies and Siberian huskies responddifferently when given the hormone oxytocin, which means there’s reason tobelieve dog breeds could also have varied responses to medicines, anesthesiaor other interventions.

Hecht isn’t just in it for the science. Her fascination with dogs started athome, she said, with her own miniature Australian shepherds, Lefty and Izzy.

“We’re just individual organisms at this one point and time, but we’re also aresult of all of our ancestors and the selection pressures that theyunderwent,” she said. “So my dogs are here with me, and they are the way theyare because of what my ancestors did to their ancestors, which I think is sortof profound and weird and kind of cool.”

Previous Get Busy and Desex your Cats – Kitten Season is Coming

Next Traveling with pets in Europe: No-deal Brexit would make crossing bordersmuch tougher